Abu Ahmad reunites with family after almost losing it to Depression 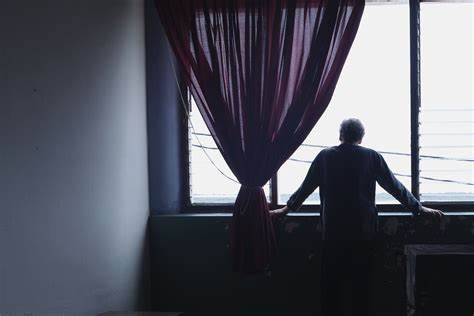 “Abu Ahmad reunites with family after almost losing it to Depression”

Parenting children and being responsible for a family is certainly not an easy task, especially when one lives in a context that is brimming with economic, social and political challenges.
Abu Ahmad is one of thousands of people in Gaza who scrabble to provide for their families. He ekes out on the small salary paid to him by a print shop so it can see him through the month. All he thinks about is to protect his three little children who he has dedicated his life to, and only hopes that his children will be great people when they grow up.
The 33-year-old has already had a lot on his plate, but he never expected that more life challenges were waiting for him down the road.
On the 3rd of August, 2018 his life took a gruesome twist to the worst when he was shot in the knee during his participation in the ‘Great March of Return’.
The aftermath has been so heavy: he can only walk with crutches, suffers from severe pains and incapable of providing for his family. Such a situation caused him a significant psychological damage, further worsened his relationship with his family, and consequently left him with suicidal thoughts.
“Death is better than life for it can put an end to all my sufferings,” he said to the GCMHP’s psychologist during his first meeting.
After the incident, Abu Ahmad started suffering from a bad mood, loss of appetite, loss of interest and pleasure, bad sleep, loss of weight, exhaustion and irritability. He also became physically and verbally violent towards his family members.
“He would sit in isolation for long hours contemplating ways of ending his life,” the GGCMHP’s psychologist said.
“The traumatic event had a heavy negative impact on Abu Ahmad’s social life. His wife walked out on him and brought a legal complaint against him,” she added.
On the other hand, the psychologist explained what intervention she and her colleagues in the GCMHP clinic made to help Abu Ahmad.
“We put an intervention plan based on his psychological case and needs. We identified his stressors and started working on them. We also worked on improving his communication skills so as to restore his social relationships which were affected by the traumatic event,” she said