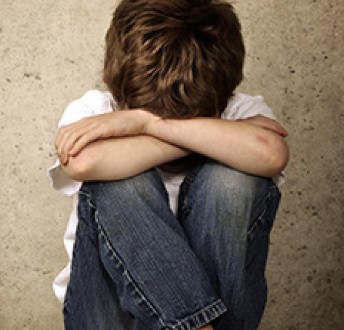 The  9-year-old boy would wield a knife and walk around “as a thug”, savagely hit his sisters and acts pugnaciously towards his peers, his mother complained.

2 years ago, the little boy, who lives in poor a family in a refugee camp in Khan Younis Town, southern the Gaza Strip, saw his father relentlessly beating his mother, after which experience his family started noticing a negative change in his attitudes towards others.

The boy was referred to Gaza Community Mental Health Programme by his mother. She explained to the psychologist there that her son had bad sleep as a result of recurring nightmares and  that he was violent towards others.

After meeting with the mother and the child, he was diagnosed with unidentified disruptive conduct disorders.

A set of therapy techniques were used with the child during the sessions that were administered to him. They included training the child on self-assertive skills self-confidence promotion. Besides, he agreed on a verbal parent-child behavior contract that outlines the rewards and punishments in order to correct his behavior.

The mother was also included in the counselling sessions, and was provided with tips on how to deal with her child, especially through focusing on positive behaviours and validating them, while ignoring the negative ones. She was also counselled on the negative impact of corporal punishment and the that it should not be used at all to discipline her child.

After attending 8 sessions, twice monthly, the child showed a significant improvement, which has been reflected on the whole family, especially the relationship between the parents. He also restored his good relationship with his siblings and friends.

The child is still attending sessions and the therapists are closely following up with his parents to avoid any possible relapse.